A Novel Approach to Generating Energy from Waves

The pursuit of electricity from ocean waves has been an area of technology development for decades. However, many have struggled due to the inherent problems the ocean presents, such as survivability and accessibility.

While the ocean presents such difficulties for aspiring technologies, it also provides benefits that wave energy can capitalize upon, such as its predictability. This is a major plus when it comes to integrating energy from the wave resource with existing fossil fuel generation.

Typically, base load power is generated by coal or gas-fired power stations which can store fuel to be used on demand. Renewable energy, without an adequate storage capacity, is generally not considered to be base load power due to its intermittency, precluding the constant production of a given load of power.

However, wave energy does not suffer this limitation to the same degree as most other renewables, being more predictable and consistent than wind and solar. This results in wave energy being considered as a source of complementary base load power. The longer time frames of variability of wave energy allow it to be used to complement existing fossil fuel base load sources without creating surges in power delivery. Waves are a reliable and practically infinite resource.

Wave energy can, therefore, be used in conjunction with traditional base load sources with a seamless transition between renewable and fossil fuel sources. For example, as waves increase in size, producing more energy, a coal-fired power station can gradually scale back its production, and vice versa.

Breaking new ground in generating wave energy is Wave Swell Energy (WSE), an innovative Australian renewable energy technology company, founded in October 2016. The company has developed a technology that converts the energy in ocean waves into electrical energy, producing clean electricity that complements base load production. Based on the concept of a unidirectional Oscillating Water Column (OWC), WSE’s technology resembles an artificial blowhole. It allows waves to enter a hollow chamber that is open underneath the waterline. The motion of the waves in the chamber displaces the air above, driving a turbine and thereby generating electricity.

The WSE technology has been extensively tested by world respected experts at the Australian Maritime College (AMC) in Launceston, Tasmania, with the results demonstrating the unidirectional OWC produces more energy on average than a corresponding traditional bidirectional unit.

Dr. Tom Denniss, has a PhD in Mathematics and Oceanography. Tom invented the technology of WSE. He has served as the Australian government's representative on the International Energy Agency's Ocean Energy Systems Executive Committee, as well as on the Global Roundtable on Climate Change, an initiative of the Special Adviser to the Secretary General of the United Nations. Tom was the first person to be inducted into the International Ocean Energy Hall of Fame in 2007 and has served on the Australian Government's Advisory Board for the Clean Energy Innovation Centre and the CSIRO Advisory Committee for the Australian Wave Energy Atlas Project.

Because the WSE technology works on unidirectional air flow, the associated air turbine is significantly simplified. This is in contrast to conventional bidirectional OWC technologies that require air turbines to operate on reversing flow. A bidirectional system necessitates either a turbine that is inefficient, a complex turbine with pitching blades, or a complicated system requiring the redirection of flow on each cycle. The WSE unidirectional turbine, however, is efficient without the need for complexity. In addition, the WSE turbine is robust and relatively inexpensive compared to bidirectional turbines.

And, unlike existing deeper water applications which use floating units (with hi-tech components below the water that result in high maintenance costs), WSE's units involve no moving parts in the water. Nor does it entail the use of any oils or other contaminants. This makes access to the device far easier, thereby greatly reducing the cost of operation and maintenance. Having no moving parts in the water also minimizes any effects of the technology on marine life.

WSE has also been conscious of the pitfalls described earlier regarding the need for an efficient and accessible technology that can survive the extremes of the ocean. Developing a technology that satisfies these key criteria has been a focus of WSE since its inception. In fact, WSE was founded to commercialise the unique unidirectional OWC technology it had developed, specifically with these requirements in mind - performance, survivability, and accessibility.

The company is currently developing a world first project utilising this new technology at King Island, Tasmania. At the time of writing, construction has been completed and the unit has been deployed adjacent to the town of Grassy. It is currently undergoing commissioning activities and is expected to be operational early in Q2 of 2021. WSE devices are primarily constructed from concrete, using simple molds and steel reinforcing. The King Island unit, for example, will sit on the shallow sandy seabed (5.75 metres deep) under its own weight, requiring a small footprint. WSE devices can also be re-floated and towed to another location.

Furthermore, WSE’s technology covers a range of uses apart from electricity generation, including the production of hydrogen and desalinated water. The units are also beneficial in combating the issue of coastal erosion. The traditional method of dealing with this problem is to install breakwaters, sea walls, and groynes, requiring a significant capital outlay. This is a sunk cost. On the other hand, WSE units, when deployed in close proximity to each other, act naturally as a breakwater or sea wall while converting the energy in the waves into electricity. This not only protects the coastline from erosion, but also generates an annuity-style revenue stream from the electricity generated.

WSE is developing the King Island project to demonstrate the technology and its ability to generate electrical energy in a more efficient manner than that of previous technologies. This 200kW wave energy facility on King Island will provide electrical energy into the local grid, operated by Hydro Tasmania, Australia’s largest generator of renewable energy. The WSE unit will be integrated with the existing renewable network of Hydro Tasmania. The utility will independently monitor the energy produced, thereby validating the efficacy of the project. Once operational, it is believed the Hydro Tasmania Advanced Hybrid Power Station on King Island will be the first remote grid in the world to provide energy from three different renewable sources – wind, solar, and waves, thereby further reducing the grid’s reliance on diesel generation.

Subsequent to the King Island project, WSE envisages follow on projects deployed in several locations, primarily aimed at displacing the use of high-cost diesel generation in remote and island locations. These projects will potentially also double as a form of coastal protection. The longer-term vision of the company is to see the technology become widespread across the globe, providing both a means of climate change mitigation (by generating renewable energy), and a means of climate change adaptation (by protecting coastlines from the ravages of extreme storm events).

Shipping sunshine from Australia to Germany – Christoph Stemmler of @acatech_de on the HySupply project that is intended to provide the blueprint for a future German-Australian hydrogen bridge. Read more here: https://bit.ly/3b67jBP #hydrogen #renewableenergy 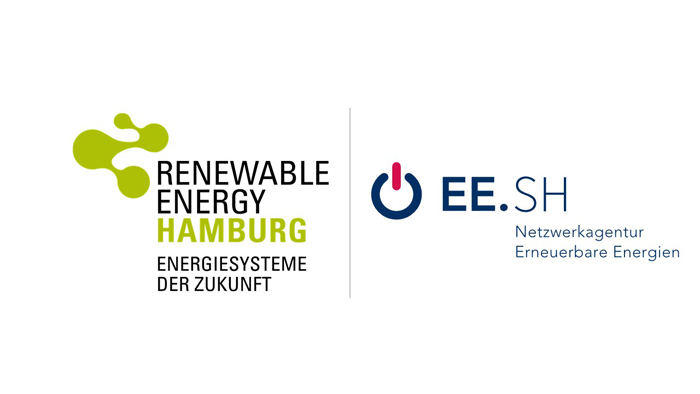